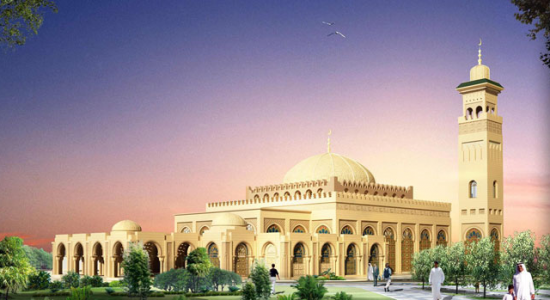 The tiny emirate of Ajman became part of the United Arab Emirates in 1971. Situated midway along the Arabian Gulf coast of the UAE, it has a gorgeous white sandy beach stretching for over 10 miles.

Located just 23 miles north of Dubai, Ajman is surrounded by its larger neighbor, Sharjah. However, it does have two separate enclaves – Manama and Masfout (Musfut) in the Hajar Mountains. These agricultural enclaves are about 50 miles east of Ajman, closer to the east coast of the Arabian Peninsula.

The city and the emirate of Ajman are essentially one and the same as this tiny emirate covers just 260 square kilometres (100 square miles), the same area as Birmingham, the UK’s second city.

Ajman tends to be more tolerant than other emirates when it comes to dress, although it is wise to dress conservatively away from the beach. Alcohol is readily available in hotels, restaurants and duty-free stores such as the “Hole in the Wall” near the Beach Resort.

200 Years of History in Ajman

Ajman’s history dates back to the late 18th century when the Al Nuaim tribe claimed the area and took up permanent residence. Fishing, pearl diving and farming provided for their basic needs and small home businesses developed making tents, blankets and clothing.

In 1820 the Ajman ruler, Shaikh Rashid Bin al Nuaimi, signed a General Treaty of Peace with Britain, giving the emirate protectorate status in the event of a threat by the Ottoman Turks. It was another century before merchants began moving to Ajman and the population grew steadily.

During the 1950s, Ajman developed rapidly under the new crown prince, Shaikh Rashid Bin Humaid Al Nuaimi. By that time, date trees and dhow building complemented the traditional fishing trade in the area. Although Ajman was under the control of the British Government, the British left the area permanently in 1971, opening the way for the formation of the UAE.

Unfortunately the rich oil supplies that led to the UAE becoming the fifth richest oil nation in the world have so far evaded Ajman. It leased concessions to a number of oil companies but no oil or gas reserves have yet been found beneath this tiny state. Instead of oil, the emirate thrives on tourist and commercial development. Ajman’s current population is around 235,000.

Things to do in Ajman

Ajman has an attractive white sand beach and plenty of sunshine, making it a popular winter destination for sun seekers. It offers many watersports activities including snorkelling, diving and fishing.

The city has some historical and architectural attractions including the souk, Al Nuaimia Mosque and the historic downtown area and along the creek. The Ajman Museum offers insight into the area’s history and cultural development while shopping can be enjoyed in the Nour Al Kawthar Mall.

Where to Stay in Ajman

Like nearby Dubai, Ajman has plenty of luxury hotels and upscale places to stay. Hotels along the beachfront include the family-friendly Kempinski Hotel Ajman and the grand Ajman Palace along with more affordable accommodation at the Ramada Hotel and Suites and the modern Ramada Beach Hotel. For a longer stay with more space, Ajman has several hotel apartments in the busier Al Rumailah and Al-Karama areas which are still within easy reach of the beach and shops.

An Introduction to Umm al Quwain 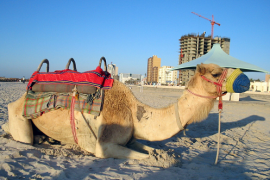 Visiting a country the size of the UK city of Birmingham may seem limited in what it has to offer. However, Ajman is a modern,… 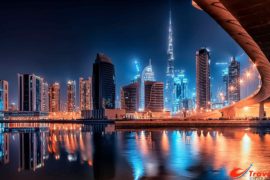